When the hot-air balloon pilots get together after the Great Forest Park Balloon race, most everyone has the same question for each other: "Where'd you come down?"

They are relying on the wind to make that determination. 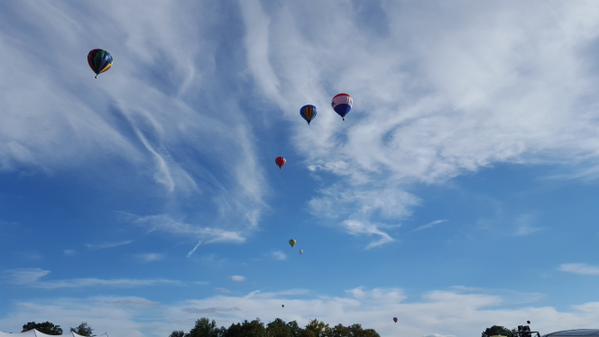 This year, the "hare" (the one that takes off first and marks its landing spot with an X) was the PNC Bank balloon, which landed near Columbia, Ill. As the other pilots followed, the majority traveled southwest along the Mississippi River. While those who live near Forest Park can always get a glimpse at the balloons from outside their homes, south St. Louis residents got a front row seat this year.

John Marlow, one of the organizers, said the pilots had not flown that way for a few years.

"It's a bit of a different direction. We have flown that way before, but it's not our usual direction," he said. "It's kind of a fun thing that happens when we catch people by surprise."

The weekend's event had 65 balloons involved, of which 42 flew in the race. Some stay tethered to the ground in Forest Park for spectators, and others decided not to go up because of the wind conditions. Winds of 16-18 mph kept pilots from inflating their balloons for the glow on Friday evening, Marlow said. Typically, they're looking for winds to be around 10 mph. Instead, the pilots did a synchronized blasting of their burners.

Pilots participate by invitation only because of the challenges of landing in an urban area. Most do not make it to the hare's landing spot. Instead, some landed near Jefferson Barracks Bridge, in Bee Tree park in St. Louis County and according to a photo posted online, near a cemetery.

More photos from the race can be viewed here. 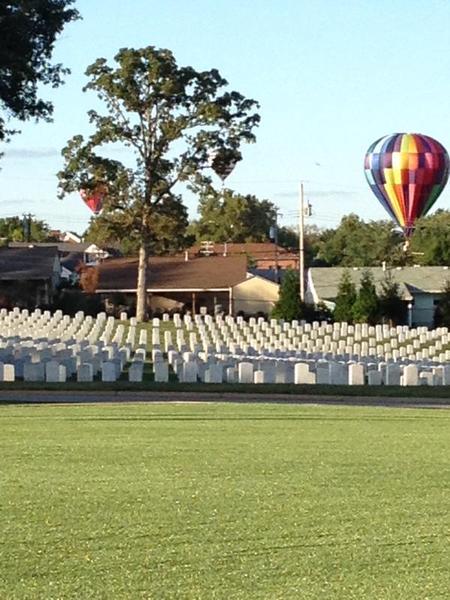 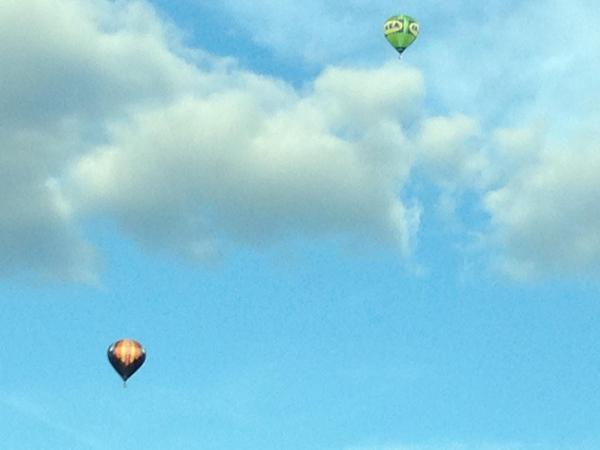 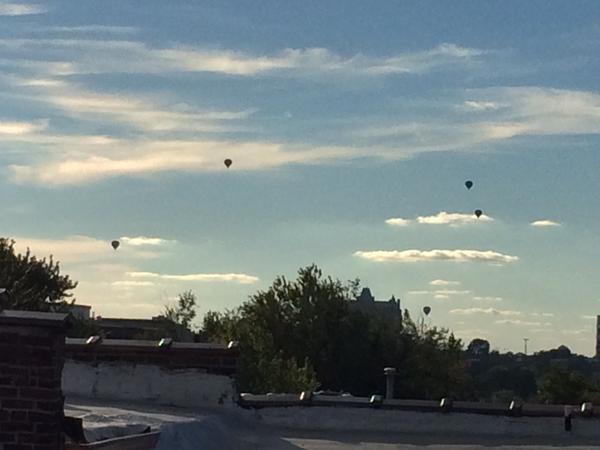 Nightlife St. Louis
@NightlifeSTL
The balloon race is on! http://t.co/cpV3ubTRuU 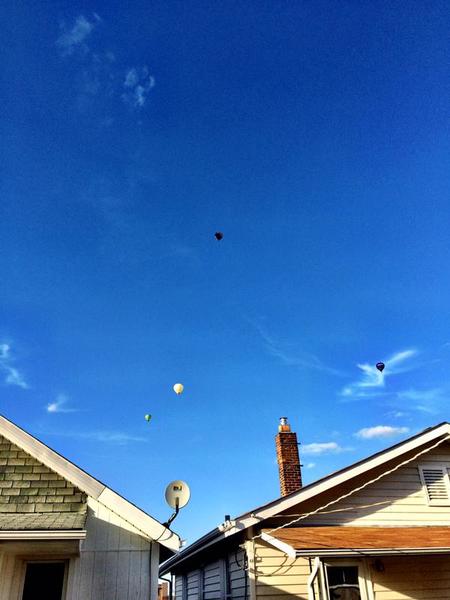 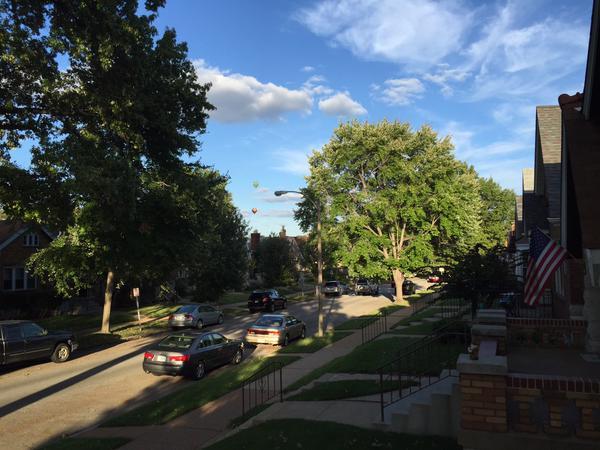 Chrisnelle Joie
@joies_kitchen
Enjoying a @enjoykraftig beer and watching the St. Louis hot air balloon race from the comfort of our… https://t.co/SyR0DVVrCu 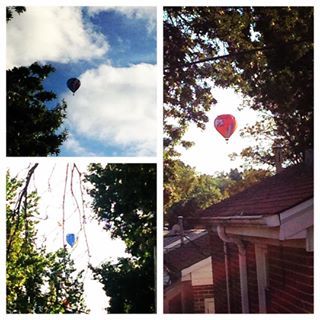 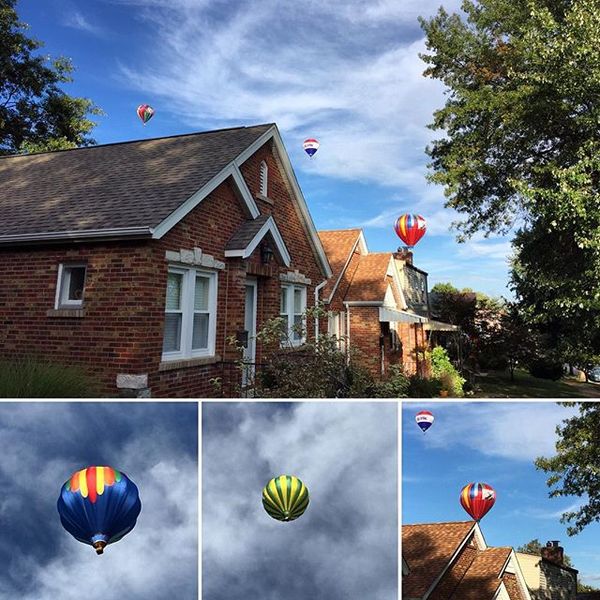 The view from our house. #stlballoonrace #stl #lookup
by kzarecki via Instagram

Josh Sellmeyer
@JoshSellmeyer
I didn't expect to have a passing conversation with a person driving a balloon today. But that just happened. http://t.co/NMg2Mxoy4H

It's not every day that you see a hot air balloon just cruising down the street.
by probstisms via Instagram