St. Louis has crime, so NGA should move to St. Clair County? Live

The battle over where the National Geospatial-Intelligence Agency will relocate has been fierce, with politicians doing their best to entice the agency to their area. While four locations are still on the table, best bets place the choice as one between a St. Clair County location near the Scott Air Force Base and a north St. Louis City location.

StClairCountyEconDev
@SCCEconDev
@stltoday editorial board is entitled to their opinions but not their own facts & false statements. Parochial & non-regional anti-IL bias.
7:17 PM - 08 Feb 2016

StClairCountyEconDev
@SCCEconDev
Our MO friends including @stltoday paint our NGA site as rural; but we all must work hard to address violent crime. https://t.co/xXxmTiTUFf
4:15 PM - 09 Feb 2016
The tweet refers to this editorial: "Making the city's best case to keep the NGA," which concludes: "The NGA will rely heavily on a young workforce recruited from this area’s major universities. Young American professionals are flooding into the nation’s hipper urban centers. They embrace the excitement, the grit and the diversity of urban lifestyles. They reject the notion of suburban cookie-cutter boredom. St. Louis — the very antithesis of an Illinois cornfield — is exactly where they want to be."
It links to a KTVI report about FBI data ranking St. Louis No. 1 in the country for violent crimes for the first six months of 2015. The data counts the population of "St. Louis" as only the city population, while the metropolitan area has a much larger population.

Alex Ihnen
@alexihnen
@SCCEconDev @aprice1828 @stltoday And the location is painted as "rural" because this is the site: https://t.co/SsaNjbcQuR 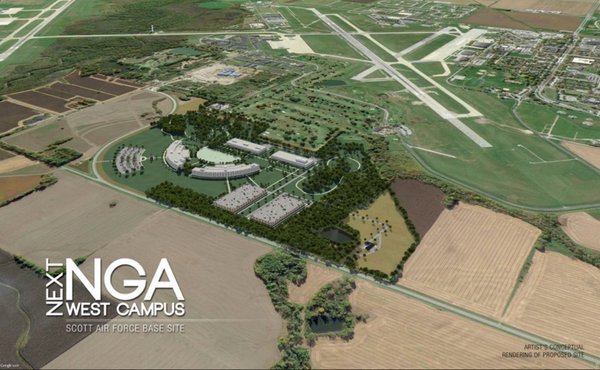 Alex Ihnen
@alexihnen
@aprice1828 @SCCEconDev @stltoday And seems unlikely NGA will decide based on Twitter taunts. But you use your best arguments, I guess.
5:23 PM - 09 Feb 2016

Jeff Stettner
@Jeff_Stettner
@SCCEconDev @stltoday so your frustration with local media is best handled by attempting to smear the metro hub your market pulls from? huh.
5:12 PM - 09 Feb 2016