NGA: Good for St. Louis or destined to be unfulfilled renewal? Live

With thousands of jobs at stake, a federal spy agency has been considering locations for relocating its local office complex. The top two candidates were a largely vacant area of north St. Louis City or a field near Scott Air Force Base in Illinois.
Campaigning for the relocated campus culminated with the decision announcement: the agency prefers to move to the north city location.

Blake Exline
@BXline
.@NGA_GEOINT's $1.7B investment in St. Louis City is a BIG deal, especially next to Pruitt-Igoe site. https://t.co/mGBRP9od0E
7:07 AM - 01 Apr 2016
Its location carries with it the controversy of being in north St. Louis city. 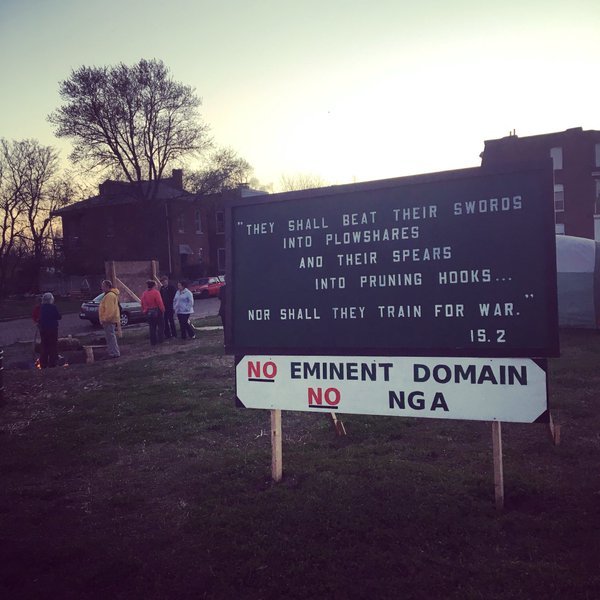 A Torch
@Torcho
A few folks on the wrong side of history today; celebrating taking land from minorities who fought for their homesteads is unbecoming. #NGA
9:28 PM - 31 Mar 2016

Sentient Strip Mall
@grenadine
The NGA will just be one more fortress campus in St. Louis. Another AG Edwards/Wells Fargo, another SLU.
9:00 PM - 31 Mar 2016
And drew anger from Illinois residents:

Samuel H. Taylor
@samuel_hudson
@NGA_GEOINT decision to stay in #STL is a win for econ development in the city and a sign of future urban growth demand. #NGADecision
5:00 PM - 31 Mar 2016