Religious freedom or discrimination? And what's a Woman Card? Live

Politics and gender will be discussed here. Fair warning.
Missouri's Senate Joint Resolution 39 died in committee. The legislation would have protected religious freedom, or permitted businesses to discriminate (it depends on your opinion of gay marriage and whether being homosexual is a sin).

Joshua Hutchison
@myteacherjosh
Proud so many Missouri lawmakers, both for and against this bill, recognized the dignity and humanity of the lgbt community #progress #SJR39
10:40 PM - 28 Apr 2016 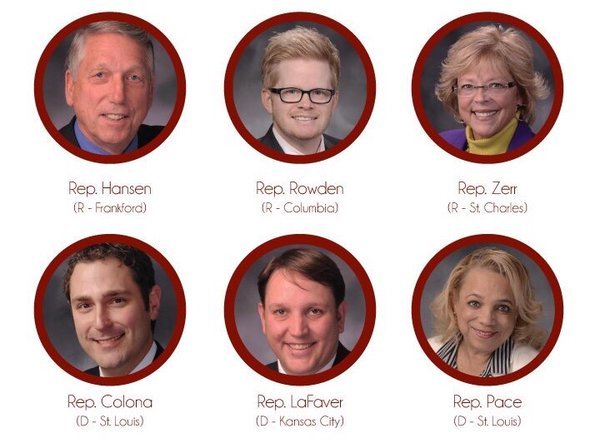 Sam Stayton
@smstayton
@stlurbanspice This Bipartisan group realized that LGBTQ people live in MO and contribute. They shouldn't be treated as 2nd class citizens
12:15 AM - 28 Apr 2016

Leah Patriarco
@matriarco
My #womancard entitles me to free appraisals of my appearance while I'm biking to work.
12:49 PM - 28 Apr 2016

Erin Counihan
@erincounihan
I pull out my #womancard to explain to delivery people and vendors that I'm not the church secretary. #realclergybios
2:41 PM - 27 Apr 2016

Gail Luscombe
@grVanSlyke
Went over my limit on my #womancard , had to put back a bunch of candles and a Lilith Fair shirt
1:46 PM - 27 Apr 2016

Cindy Changyit Levin
@ccylevin
My #womancard is also my Voter ID card and I'm going to play it #DealMeIn #ImWithHer
9:41 AM - 27 Apr 2016