With Game 4 in the balance at 1-1 in the sixth inning, manager Mike Matheny had a decision.Starting pitcher Lance Lynn retired the first two batters he faced. Then Dustin Pedroia laced a single to bring David Ortiz to the plate. Big Papi has been murdering the baseball. Lefty specialist Randy Choate warmed in the bullpen.But Matheny left Lynn in to pitch around Ortiz, walking him semi-intentionally. With two runners on and two out, Matheny summoned sinkerball pitcher Seth Maness to face Jonny Gomes.Maness had done a nice job stranding inherited runners this season. But this time he served up a three-run homer for Gomes . . . and  that was that for the Cardinals. They went on to lose the game 4-2 and allow the Red Sox to even the series at two games each."We took a shot," Matheny said. "It didn't work."Of course, fans wouldn't have to debate that topic if the Cardinals hit the ball with any regularity Sunday night. But they did not, even with Red Sox starting pitcher  Clay Buchholz failing to reach 90 miles per hour with his so-called fastball.His best stuff seemed to be in his hair, which was a hot topic on the internet.Carlos Beltran gave the Cardinals a 1-0 lead with a RBI single in the third inning. Jacoby Ellsbury helped the cause by failing to field Matt Carpenter's single to center field cleanly.Boston tied the game 1-1 on Stephen Drew's sacrifice fly. But Lynn escaped further damage after walking the bases full.The game meandered into the top of the sixth inning where Matheny did not get the pitching results he wanted.The Cardinals had a spasm of offensive life in the seventh inning, when pinch-hitter Shane Robinson hit a two-out double and came home on another Carpenter hit.But that was it for the offense. The game ended on a fitting note when rookie Kolten Wong was picked off while pinch-running for Allen Craig in the bottom of the ninth. That denied Beltran an opportunity to tie the game with a big fly.

Here is how some of our favorite sports pundits assessed the game, via Twitter:

Buster Olney
@Buster_ESPN
Lance Lynn announces his presence with authority: Each of his 13 1st-inning pitches were fastball, ranging from 93 to 96 mph.
Oct. 28, 2013

Buster Olney
@Buster_ESPN
For everybody asking about Buchholz's hair: Yes, everybody sees it. Including the Cardinals. And they're not saying anything.
Oct. 28, 2013

Bill Simmons
@BillSimmons
Tough to play from behind with a 6-man lineup and a manager who doesn't know how to double-switch. (I am turning surly.)
Oct. 28, 2013

Tom
@Haudricourt
Through four innings the Red Sox have one ball out of IF against Lynn. They appear to have post-traumatic obstruction syndrome.
Oct. 28, 2013

Scott Miller
@ScottMCBS
In retrospect, maybe everyone should have worried more about #RedSox hitters than Clay Buchholz.
Oct. 28, 2013

Jayson Stark
@jaysonst
Matheny had a multiple-choice quiz. Picked Maness vs. Gomes over Choate vs. Ortiz - or Lynn vs. anybody. #seemedlikeagoodideaatthetime
Oct. 28, 2013

Joe Posnanski
@JPosnanski
Uehara's first pickoff since 2011. In a spot where nobody could even figure out why they were holding the runner. Goofy.
Oct. 28, 2013

Here is what the players were saying after the game, via Twitter

Boston Red Sox
@RedSox
Gomes: "What's going on here is pretty special. It's magical. I'd probably mess it up if I try and put it into words." #Ironsides
Oct. 28, 2013

FOX Sports Midwest
@FSMidwest
Lynn: "As a competitor you want to have that opportunity to maybe pitch yourself out of that inning."
Oct. 28, 2013

FOX Sports Midwest
@FSMidwest
Wong: "I was getting in my position. Once I turned to get back my foot slipped back...I knew I was dead once it happened."
Oct. 28, 2013

FOX Sports Midwest
@FSMidwest
Matheny: "We talk about a very good pickoff move...He got a little extra (lead) and then he slipped, and that slip cost him."
Oct. 28, 2013

Looking at some of the game action: 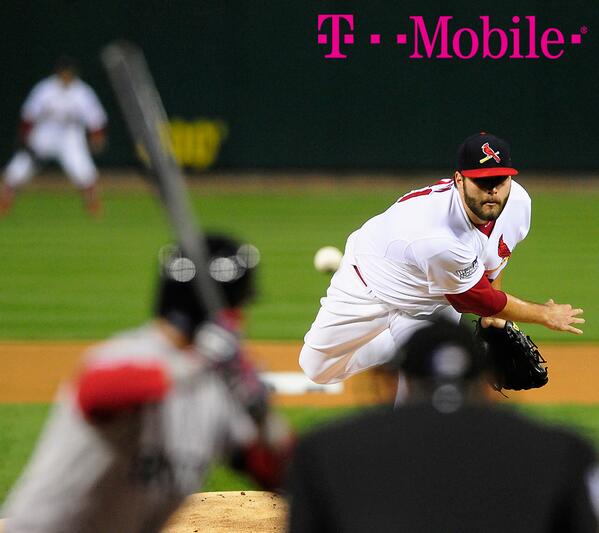 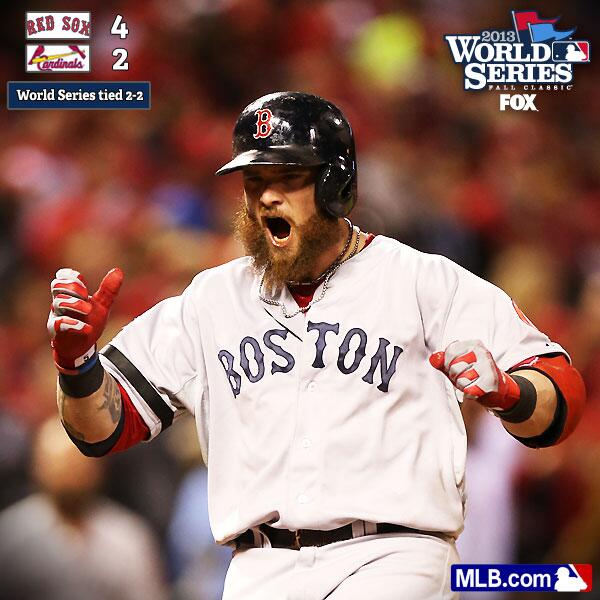 MLB
@MLB
Koji is quite pleased with the way that turned out. #WorldSeries pic.twitter.com/qaBcUKZGSY 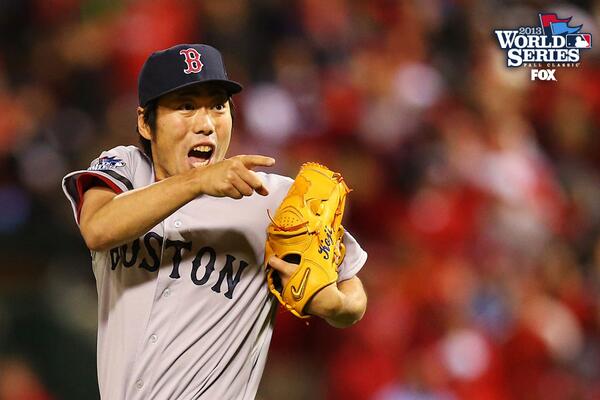