Well, we hope that you, too, had a good Super Bowl party. We hope the food was great, the beverages kept flowing and your guests had lot of laughs.Because the game itself was just terrible. What seemed like one of the better match-ups in this history of this big game produced an epic debacle.The pundits had a field day with poor Peyton Manning and the Denver Broncos, who did nothing right. They were so bad, in fact, that their inept performance detracted from the excellent Seattle effort.Here is how the Twitterverse reacted as this fiasco unfolded:

Jeff Schultz
@JeffSchultzAJC
Wow. Who had safety as first score in the pool?
Feb. 2, 2014

Dennis Dodd
@dennisdoddcbs
Omaha? That was more like Cleveland.
Feb. 3, 2014

Michael Rosenberg
@Rosenberg_Mike
I always wondered what would happen if the Lions made the Super Bowl. Pretty sure that's it.
Feb. 2, 2014

Eric Stangel
@EricStangel
It's a bad sign when the Pro Bowl is more competitive than the Super Bowl… #SB48
Feb. 3, 2014

Mike Sando, ESPN.com
@SandoESPN
Did not expect Broncos and Bruno Mars to have same point totals at halftime.
Feb. 3, 2014

Jason McIntyre
@jasonrmcintyre
My gosh. That's got to be one of the worst halves of Peyton Manning's postseason career. 2 INTs, 4.5 YPA??
Feb. 3, 2014

Jay Feely
@jayfeely
You have the guy with the most touchbacks in the NFL pop kick it to the 15 Ridiculous
Feb. 3, 2014

Chris Harry
@GatorZoneChris
They kicked it short because they didn't want Percy Harvin to return it -- and now he's blown up Twitter. #Gators
Feb. 3, 2014

Will Leitch
@williamfleitch
Young people, this is what the Super Bowls used to be like all the time.
Feb. 3, 2014

Pat Forde
@YahooForde
Ninety-six teams have played in the Super Bowl. Ninety-five of them have played better than Denver tonight.
Feb. 3, 2014

trey wingo
@wingoz
We'd like to thank the Broncos for their participation in Super Bowl 48....and wish them all the best in their future endeavors
Feb. 3, 2014 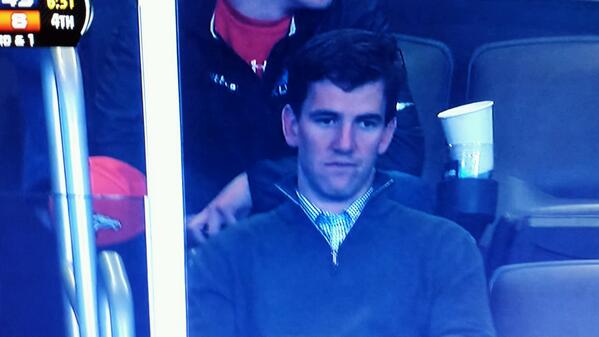 Jim Norton
@JimNorton
The rugby team from Alive had a more enjoyable flight home than the Broncos are going to have.
Feb. 3, 2014

ESPN Stats & Info
@ESPNStatsInfo
Check out the win probability throughout the Super Bowl for the Broncos and Seahawks: pic.twitter.com/wMZWb6Rjm6

Adam Schefter
@AdamSchefter
From overwhelming the orange to getting doused in orange.... pic.twitter.com/Ge39G6lnt1 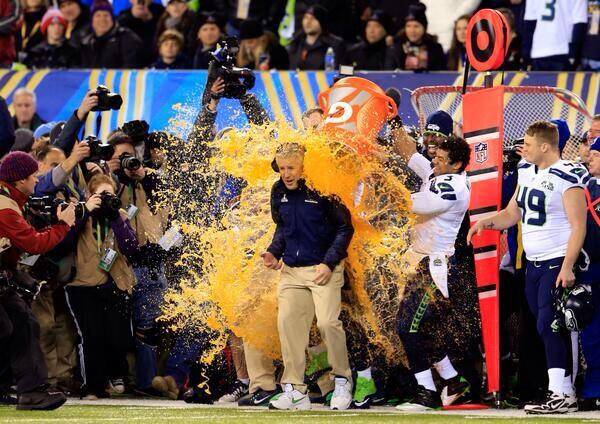 DJ Gallo
@DJGalloEtc
"I just took any NFL job I could get when fleeing USC. I never thought this could happen." - Pete Carroll, possibly
Feb. 3, 2014 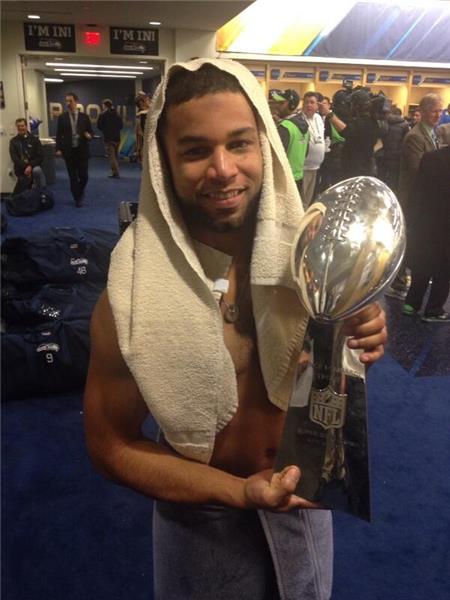 Albert Brooks
@AlbertBrooks
Just decided to not go to the Broncos after party
Feb. 3, 2014

Mike Drucker
@MikeDrucker
The vortex opens. Peyton Manning gets sucked in. "YOU HAVEN'T HEARD THE LAST OF ME! I WILL HAVE MY REVENGE!" Earth is safe... For now.
Feb. 3, 2014