Mizzou won division titles in the Big 12 and SEC without landing heralded recruiting classes. Coach Gary Pinkel hopes to continue that trend with his latest haul.The Tigers landed four-star recruits Andy Bauer, an offensive lineman from De Smet, and Nate Brown, a wide receiver from North Gwinnett in Georgia. Bauer originally committed to Ole Miss and Brown rebuffed late overtures from South Carolina and Georgia.Those were the only four-star recruits in the bunch, so this recruiting class will rank back in the pack on a national level. The latest Rivals.com ratings has Missouri ranked  35th overall and 12th in the SEC, ahead of only  Mississippi State and Vanderbilt..The SEC dominated the national rankings again this year, with Alabama (No. 1), LSU (No. 2), Tennessee (No. 5), Texas A&M (No. 6), Florida (No. 7), Auburn (No. 8) and Georgia (No. 9) all in the Rivals top 10.Mizzou expected this outcome. The Tigers landed lots of players in SEC country, but not the guys Alabama targeted. A good example is three-star running back Ish Witter of Tampa.The Tigers developed many two- and three-star players from Texas into quality college football players. Now they are trying to do the same in Georgia and Florida.But Pinkel is not just signing leftovers. He secured three-star defensive back Tavon Ross after Ross considered late pitches from Georgia, Alabama and Miami. Three-star defensive end Rocel McWilliams signed after rebuffing overtures from Florida. The Tigers pried three-star defensive end Spencer Williams away from his Cincinnati commitment and three-star wide receiver DeSean Blair from Louisville. Wide receiver Lawrence Lee signed after backing off his earlier commitment to Tennessee.But Mizzou could not prevent four-star defensive tackle Poona Ford from signing with Texas. Ford originally committed to Louisville, then followed coach Charlie Strong to the Longhorns.Here is the entire list of Missouri recruits.  Here is how the Twitterverse broke down the activity::

Pete Scantlebury
@PeteScantlebury
Tavon Ross inks with Mizzou and that is a huge get. Held offers late from Georgia, Alabama, Auburn and Miami.
Feb. 5, 2014
Tavon Ross
by SEC Recruiting via YouTube

Tod Palmer
@todpalmer
#Mizzou has to be thrilled to hang on to WR Nate Brown, ATH Tavon Ross and DE Rocel McWilliams. Flipping is an SEC tradition.
Feb. 5, 2014

Gabe DeArmond
@GabeDeArmond
Rocel McWilliams: "I chose Mizzou because I felt at home when I went on my official visit and thats what helped me make my final decision."
Feb. 5, 2014
Rocel McWilliams
by SEC Recruiting via YouTube

Alex Haddon
@SECblog
Great get for Mizzou with Nate Brown. I hope he likes the weather in winter. #SEC
Feb. 5, 2014
#6 Nate Brown / WR / North Gwinnett High (GA) Class of 2014
by gamechangerrs via YouTube

Melanie Bauer
@melaniemakes
The #Mizzou recruit my dear husband is most excited about. Wonder why... A jersey will be purchased… instagram.com/p/kDBLN0L4rR/ 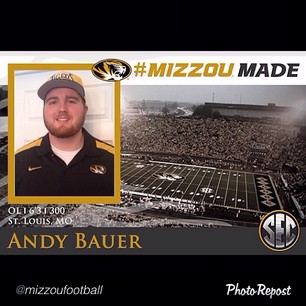 Pete Scantlebury
@PeteScantlebury
Poona Ford picks Texas over Missouri. Would have been a luxury for Mizzou, but not a necessity.
Feb. 5, 2014

ISHWITTER™
@rashaanish21
Glad to say I'm officially a tiger! One of the best days of my life! But thank you to everyone who… instagram.com/p/kC-Awdr7uw/ 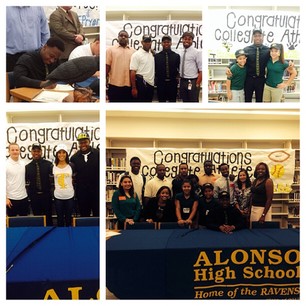 Gabe DeArmond
@GabeDeArmond
#Mizzou signee/E. STL product Greg Taylor: "Coming from where I'm from it means a whole lot because not everyone from around here makes it"
Feb. 5, 2014

Coach Gary Pinkel
@mizzoufootball
Great to officially welcome the 2014 #MizzouMade Signing Class to the #Mizzou Family over the phone this morning: instagram.com/p/kCd7oTqOEB/ GP 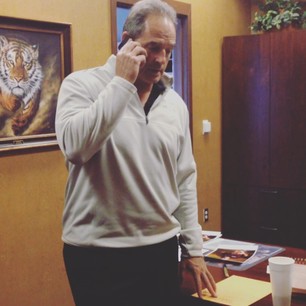 David Morrison
@DavidCMorrison
Gary Pinkel, on Mizzou Network: "We hit every single one of our goals for what we wanted" as far as filling positional needs.
Feb. 5, 2014