Albert Pujols wasted no time reaching the 500-homer plateau this season. Reaching that milestone was an inevitability for him, but it took him a bit more than three weeks to get there. Albert is crushing the ball like he did in his good old days in St. Louis.
Angels Albert Pujols hits 500th career Homerun - CONGRATS
by JERKER19 via YouTube
El Hombre is back.! His chronic foot sorenesss has abated and his bat appears much, much healthier as well. Here is how the Twitterverse responded to No. 500: 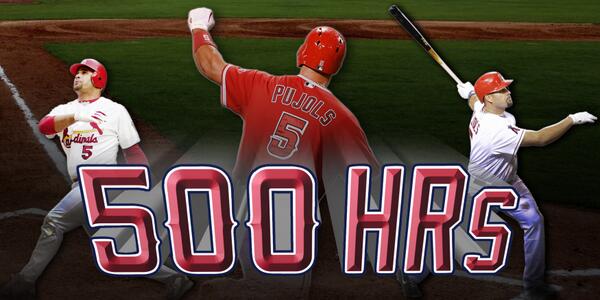 Bob Nightengale
@BNightengale
Albert Pujols, once again, is reminding everyone that he is one of the game's elite players when healthy, and is tearing up the league
Apr. 22, 2014

SB Nation MLB
@SBNationMLB
Pujols tips his hat to the crowd after hitting #500 , which just happens to have a #Cardinals fan up-close. pic.twitter.com/mMKRjBvCWn 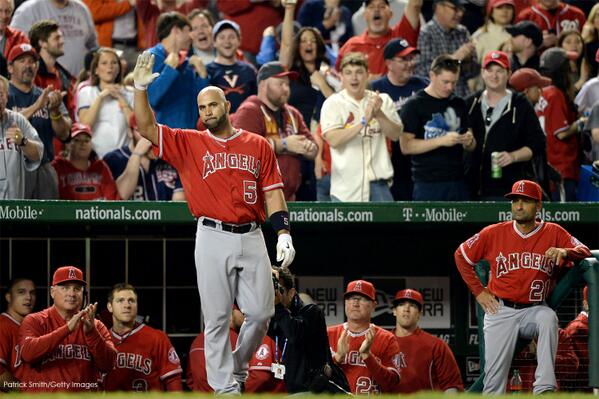 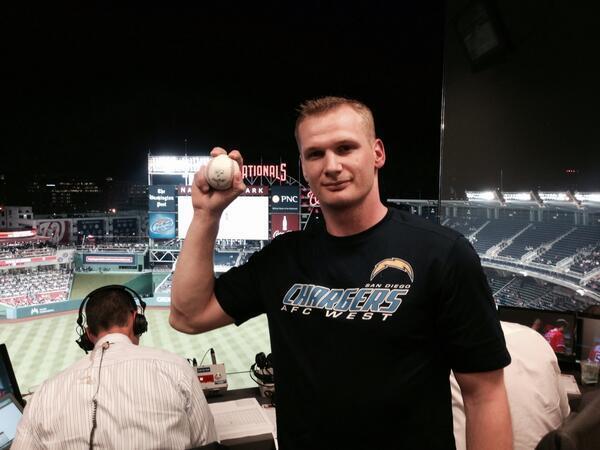 keithlaw
@keithlaw
The report of the death of Albert Pujols' bat was an exaggeration.
Apr. 22, 2014

Jon Heyman
@JonHeymanCBS
if pujols averages 34 HRs thru rest of contract, he'll pass barry bonds. if he does, hed also be worth every penny of $240M
Apr. 22, 2014

Danny Knobler
@DannyKnobler
Wainwright on Pujols: “Yadi and I knew he was going to have a great year. He’s going to be in the MVP talks."
Apr. 22, 2014

jeffpearlman
@jeffpearlman
Mythology of Albert Pujols as a saint has long puzzled me. I get one "He treats folks like crap" story after another. Have witnessed, too
Apr. 22, 2014