#MichaelBrown, #FergusonShooting, #Ferguson and other hashtags have been used on tweets and Instagrammed pictures of the events in Ferguson. Many people are using the hashtags to keep up with events in the area.
Other hashtags have evolved to have an activist role. For example, #DontShoot is a hashtag protesters are using to raise awareness of police brutality:

Michael Butler
@MOMichaelButler
Aug. 13, 2014
When my son is walking home from school, #DontShoot @dontshootmo #MikeBrown #Ferguson
by tishaura via Instagram

Leader
@theeRealTyy
When I tell you I am concerned for my future sons safety in America it is so true. #ToMyUnbornSon #DontShoot
Aug. 13, 2014

#JUSTICEFORMIKEBROWN
@LESShiphop
this is just how my hair grows... this is just the way i like to dress... these are just my friends. #dontshoot
Aug. 13, 2014

The phrase is part of a chant protesters have been using: "Hands up; don't shoot." It's also a reference to the witness' statement that Brown had his hands up when being shot, and was asking the officer not to shoot him. 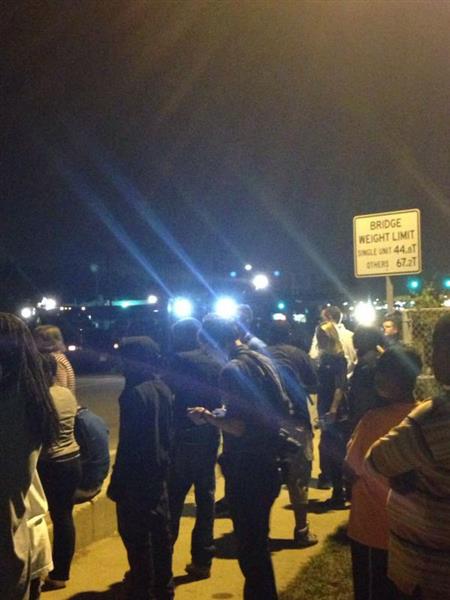 Aug. 13, 2014
Another hashtag, #prayforstl covers a range of emotions, including one message about how social media participation helps people feel like they've contributed:

Lady J
@GoLadyJ
Grieved by the issues in our communities/world but the answer will always begin and end with JESUS. #PrayForSTL #PrayForOurWorld
Aug. 13, 2014

Christine Michelle
@__CestLaVie
The fact that you can lay in your bed and retweet #JusticeForMikeBrown and #PrayForSTL and roll over and go to sleep feeling accomplished ..
Aug. 12, 2014

MarevaSpice
@MarevaSpice
Another night wide awake and heartsick. This is my city. These are my people. #PrayForSTL #Ferguson
Aug. 13, 2014

Tom Lemon
@TomMLemon
Heading to bed. I am concerned and praying for both the police and the protesters. Cooler heads must prevail #Ferguson #PrayForSTL
Aug. 13, 2014

TheLouToDublin
@TheLouToDublin
Do not say you are seeking justice as you riot and loot, thieves only bring about death and destruction. #StLRiots #PrayForSTL #stlouis
Aug. 13, 2014

Lisa Bonner
@lisabonner
#Ferguson is not a suburb, this isn't happening 30 miles away from St. Louis. #Ferguson is IN stlouis #PrayForSTL #myhowmtown
Aug. 13, 2014

jen
@JenNiehaus12
I never thought I would witness such violence & hate so close to home. It's unreal. It's terrifying. It needs to end. #Ferguson #PrayForSTL
Aug. 13, 2014

J.
@notbad4agurl
@fatbellybella please continue to speak on #Ferguson and spread the word. get them the justice they need. #PrayForSTL
Aug. 13, 2014

Cody Craig
@Crazycody13
It's time for us to do something. If not now them when will we see an end to all this pain...#PrayForSTL #JesusSaves #DoSomethingGoodToday
Aug. 13, 2014

Joshua McBee
@JMcBeast
Oh Lord... I just heard there was another shooting. When will this end? #PrayForSTL
Aug. 13, 2014

Emily Wheeler
@moewheels87
'Blessed are the peacemakers, for they shall be called sons of God.' #PrayForSTL
Aug. 13, 2014

Ole Girl
@humblebeauty
Never had more respect for @YoungJeezy! Thank you so much for your love and support #PrayForSTL
Aug. 13, 2014

Mick Hugo
@MickHugold
Every time I step outside I hear sirens #PrayForSTL
Aug. 13, 2014

Hello My Name is:
@DasiaDaysh
So touched & grateful for the support coming from my Hampton friends and fam. #Ferguson #PrayForSTL #PrayForMyCity
Aug. 13, 2014

Some used the hashtag to send images (including a cute bunny as an attempt to cheer people up): 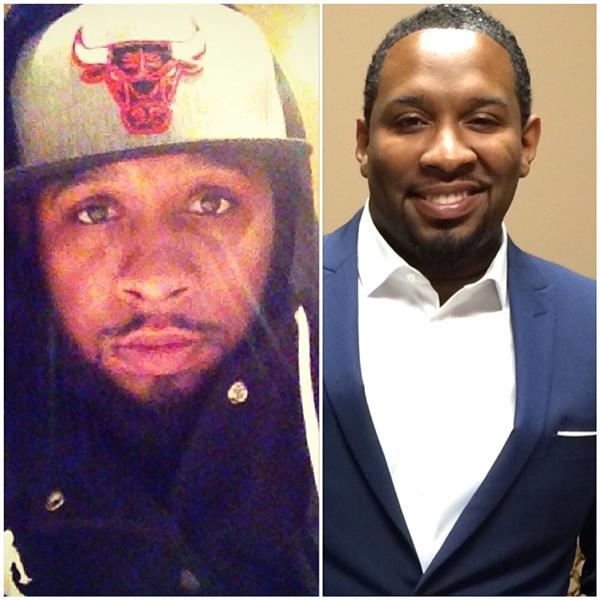 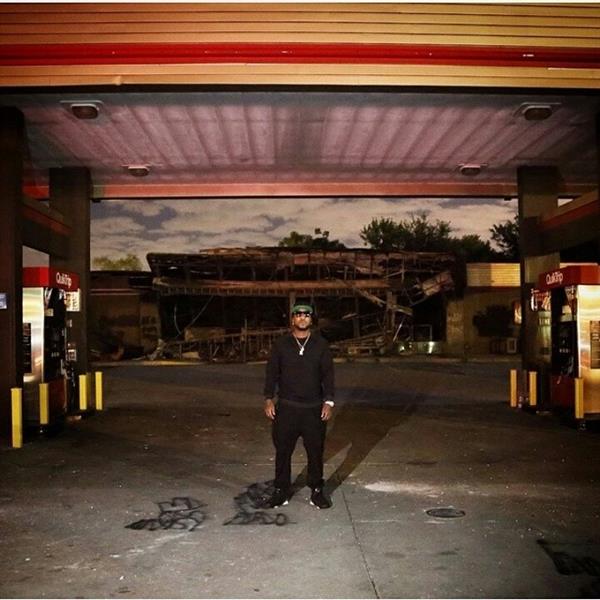 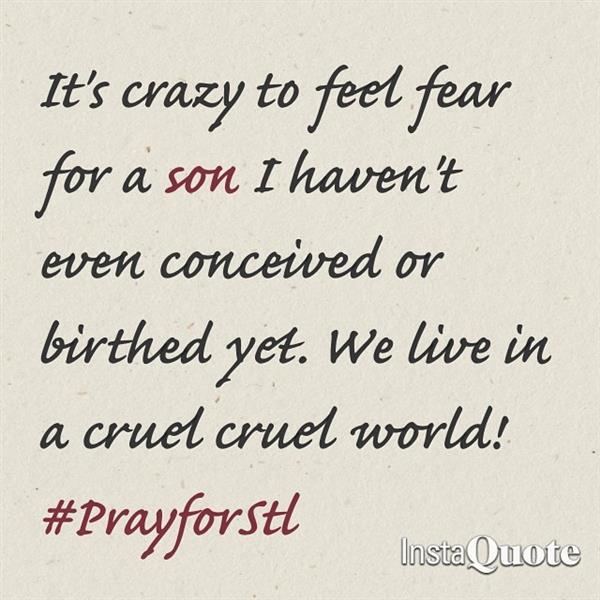 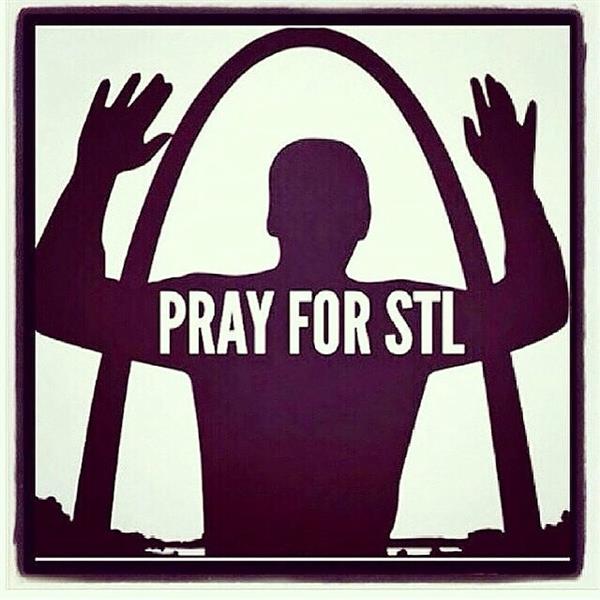 الروح الجميلة
@_BIGbootyHOESS
#prayforstl please pray a good friend of mines lives there she says there's so many riots and fires… http://t.co/ZGiC2qmeou 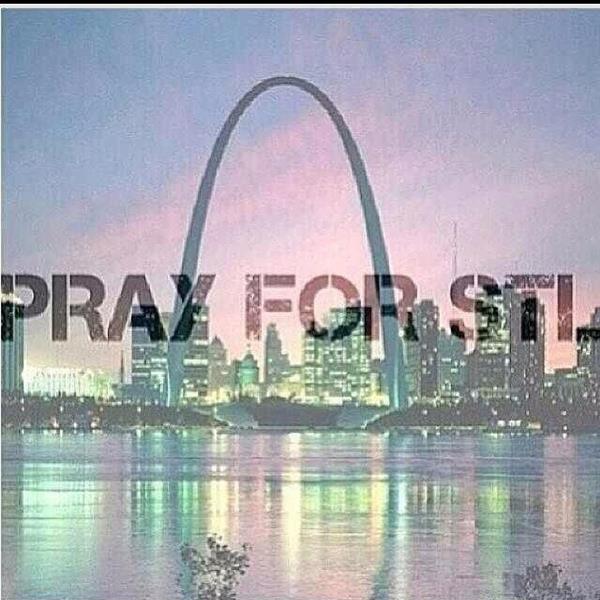 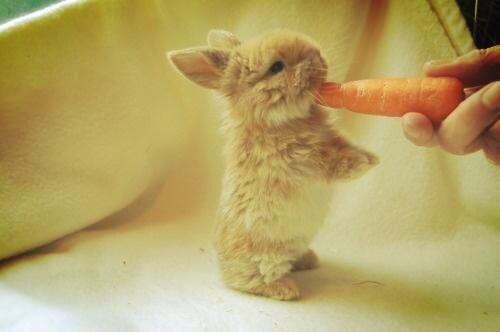 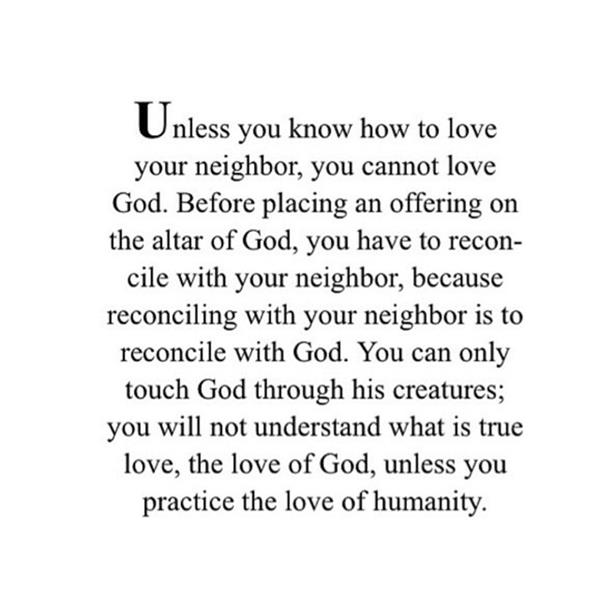 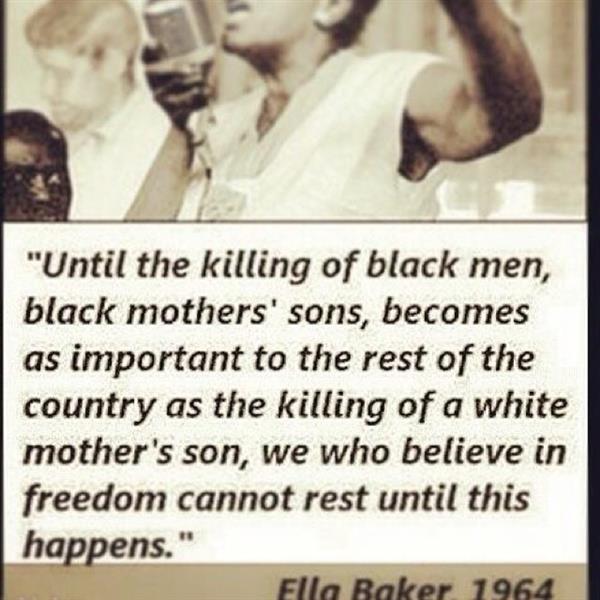 The hashtag #IfTheyGunnedMeDown highlights media choices of the photos used with stories of Michael Brown. One shows him wearing a sports jersey and making a hand gesture some interpret as a gang sign, others as a peace sign. Another photo is Brown in his high school graduation robes, holding a diploma. The 'tag criticizes the use of the more polarizing, and potentially negative, picture of Brown instead of his graduation photo. The 'tag asks: #IfTheyGunnedMeDown, which picture would the media use to depict my life? 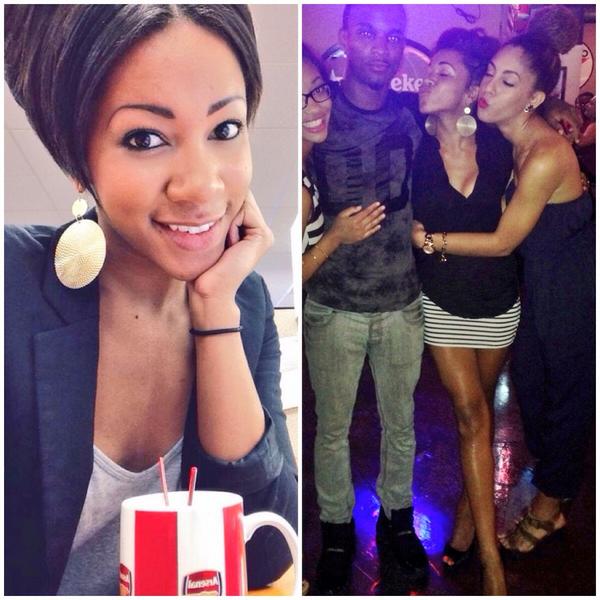 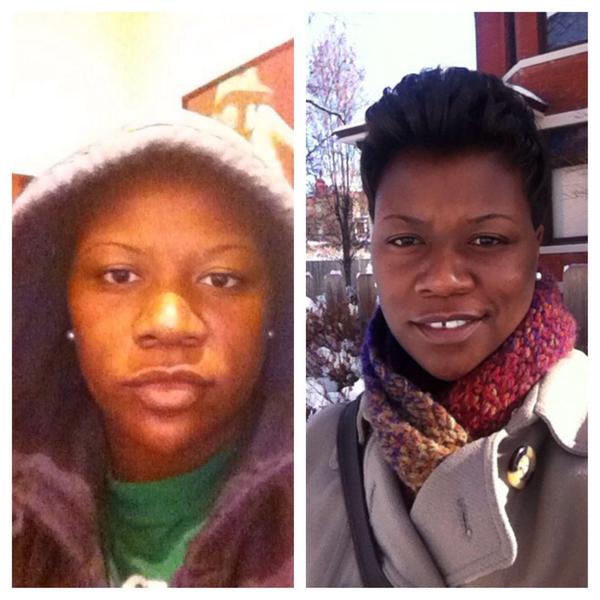 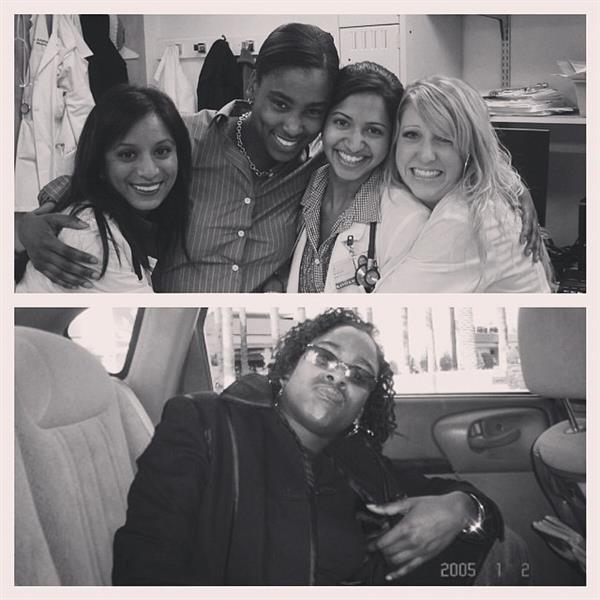 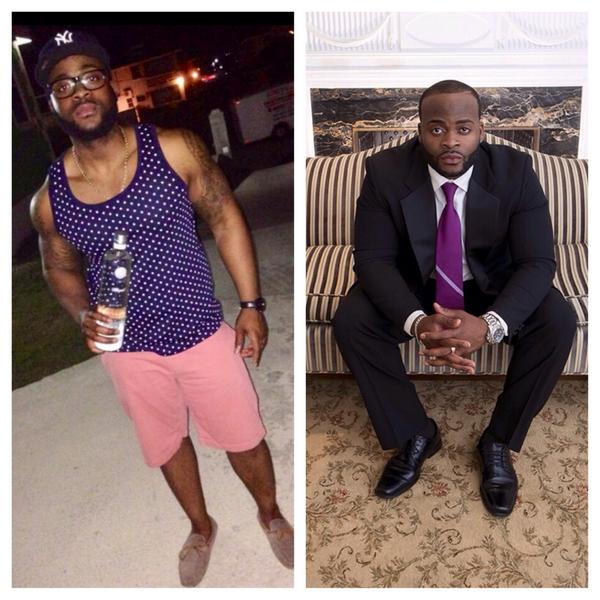 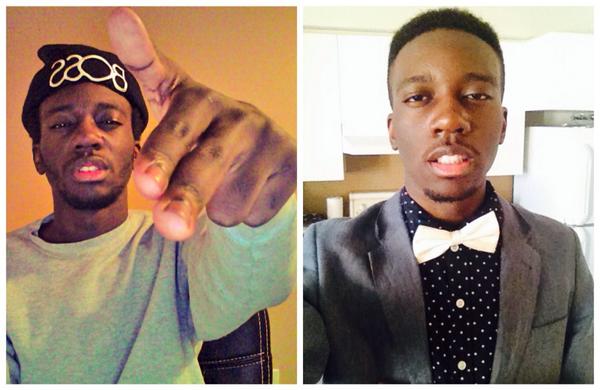 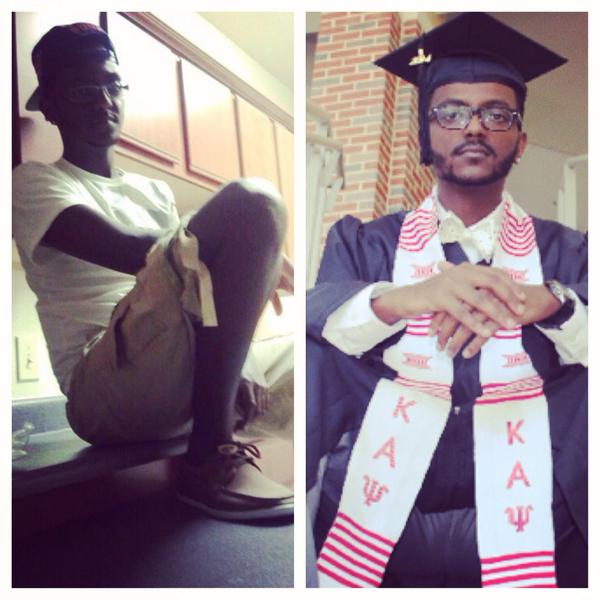 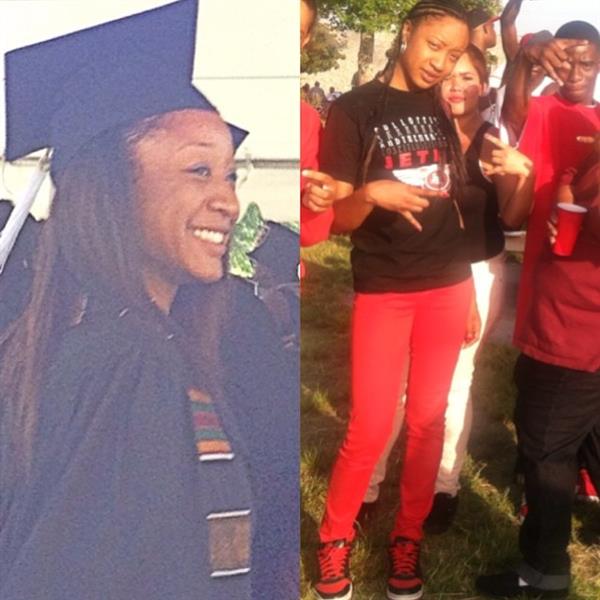 HONEYBADGER
@MONSTERMOSLEY
#IfTheyGunnedMeDown which picture would they use? Me at the club throwing up harmless hand gestures?… http://t.co/qEEWKuLTb5 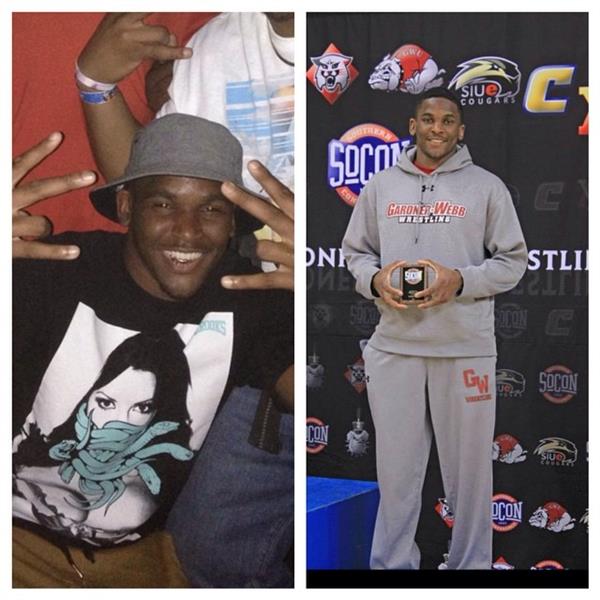 anitra stewart
@nastynit
#IfTheyGunnedMeDown would I be portrayed as a thug, or a Master's level professional who's never been arrested! http://t.co/t8GcfLvuPY 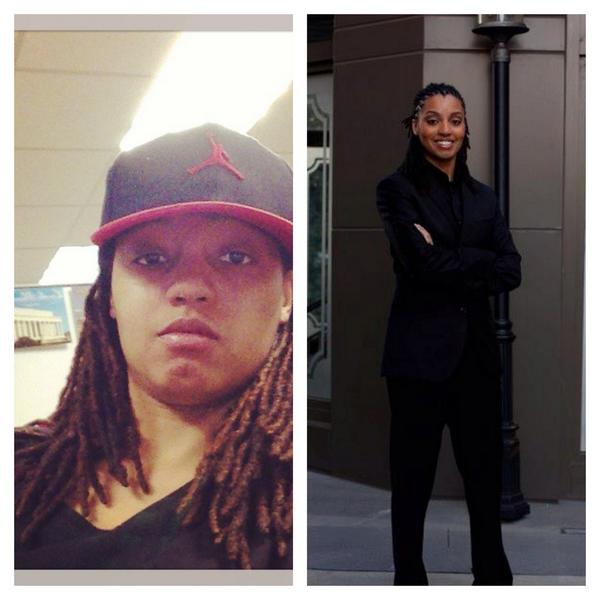