A day after the shooting of Mike Brown by a police officer in Ferguson, protesters took to the streets. But what started as a peaceful protest turned violent, as businesses were looted and gunshots were heard around the area.Journalists and residents flocked to Twitter to report what was happening.

Nate Latsch
@NateLatsch
One of sad moments was what appeared to be a father and son preparing to loot a Hibbett Sports (left, from Fox 2) http://t.co/FtbA06yQaa 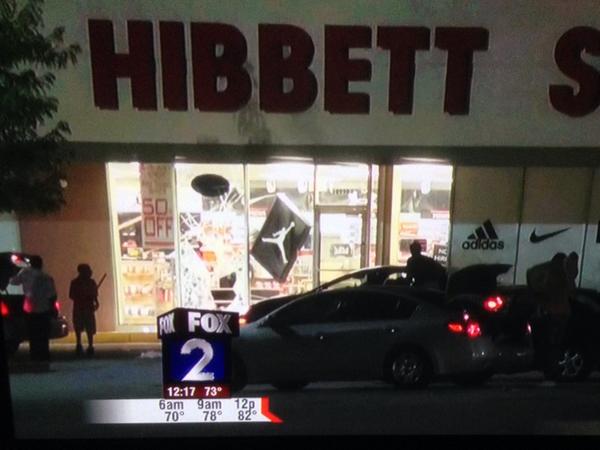 Michael Calhoun
@michaelcalhoun
You can barely make out the broken window and scattered merchandise. #Ferguson http://t.co/eh8Rxv2kbl 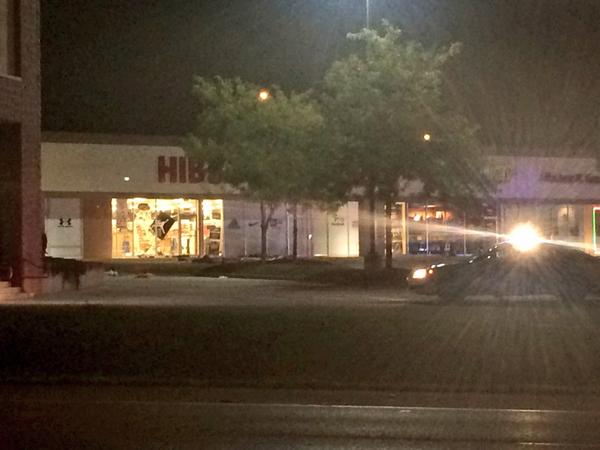 Ray Downs
@RayDowns
These guys are guarding their store in between lots of looting. Some poor dude tried to buy liquor, but it's past 12. http://t.co/JnCbRSwwZw 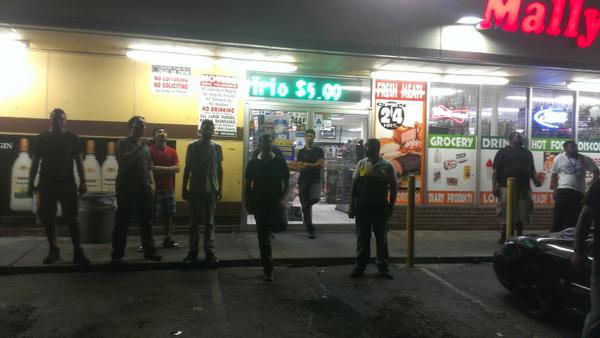 DMND FLAY
@itsdmnd
The fact that y'all shifting your attention to the looters instead of the real issue is just what the police/gov't want #Ferguson
Aug. 11, 2014

Patricia Bynes
@Patricialicious
There are still people in the streets. Please head home and stay in.
Aug. 11, 2014 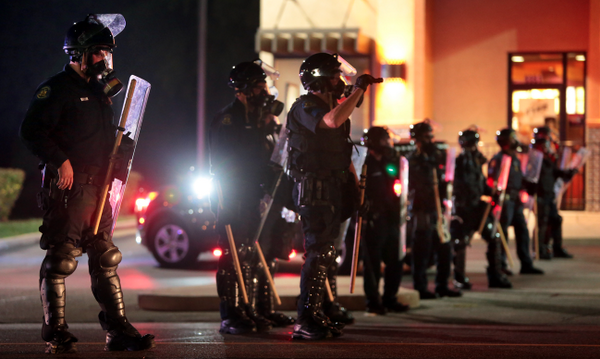 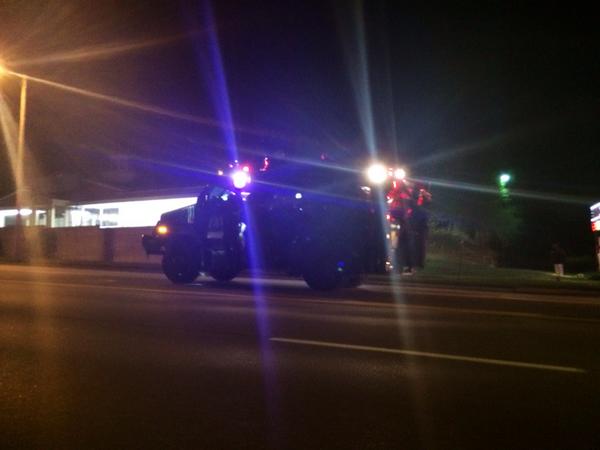 Patricia Bynes
@Patricialicious
We are a better community than this SMH
Aug. 10, 2014 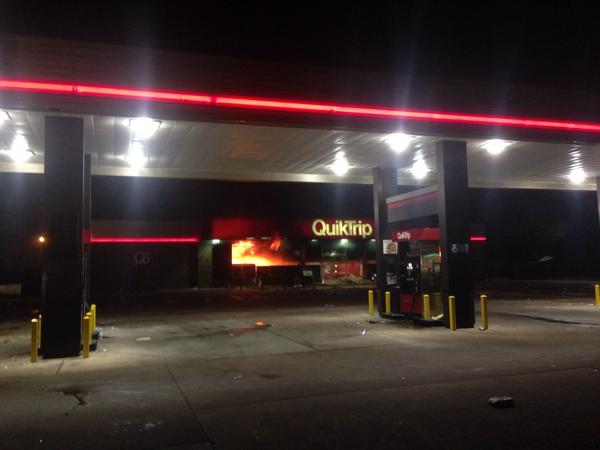 Meg
@sassylibrarian1
The #MikeBrown situation is tragic but rioting & looting accomplishes nothing but fomenting more hatred. Not helpful. #FergusonShooting
Aug. 11, 2014 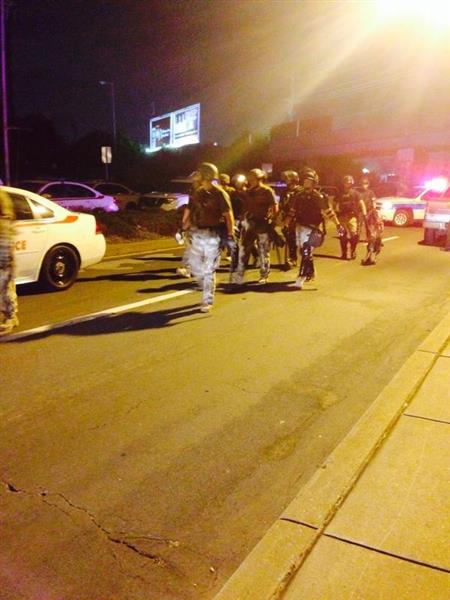 Justin Kincaid
@justingkincaid
Despite the tragedy that happened, looting and destroying isn't going to help. Lawlessness is no answer for cries of justice. #Ferguson
Aug. 11, 2014 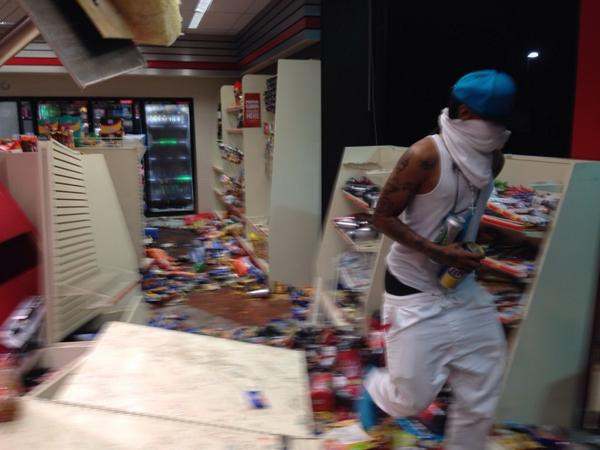 David Carson
@PDPJ
Current protest in Furguson is a powder keg, will take restraint on both sides to keep from deteriorating further http://t.co/K2NuR94GUZ 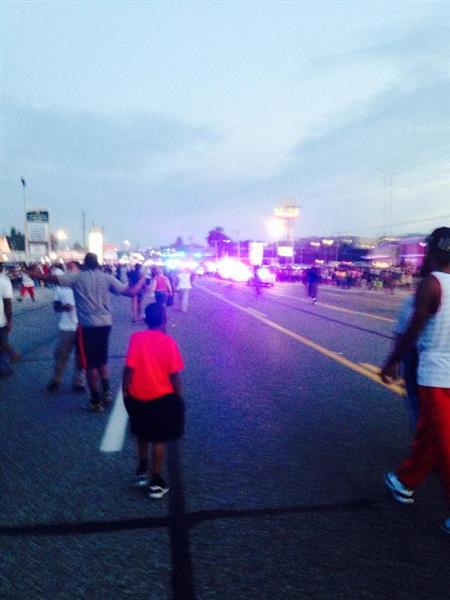 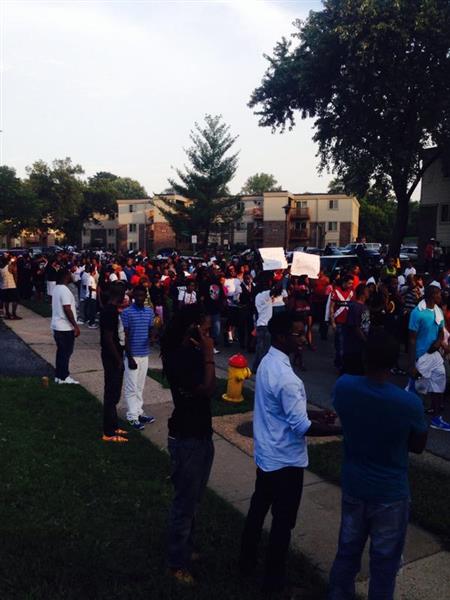