Police Wednesday night arrested the driver of a sign truck who was allegedly using the truck to help block traffic as protesters marched in Ferguson. ColorofChange.org has used the sign truck to ask Gov. Nixon "What will you do in this moment with the world watching?"
According to its website, the ColorofChange organzation formed after Hurricane Katrina, and the group works to "strengthen Black America's political voice."
This tweet was sent at 12:23 a.m. Thursday morning.

PhenomenalBlackQueen
@truebeauty314
The owner of this truck was arrested he parked& as he was going into walgreens policed snatched him & drove his truck http://t.co/fIXJy55vHI 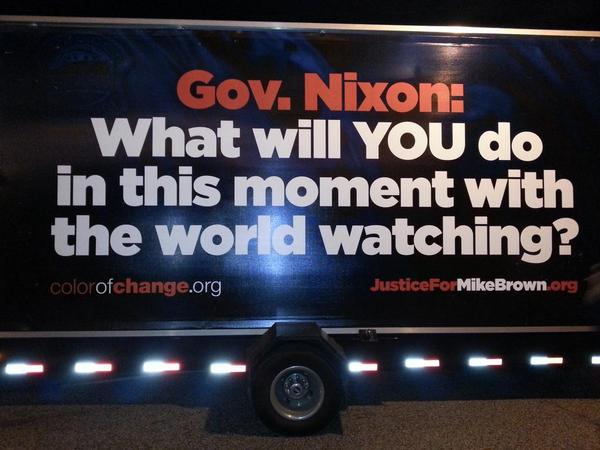 ColorOfChange.org
@ColorOfChange
Driver of accountability truck has been released after held for hours. Thank you to everyone who raised their voices for his safe release.
Nov. 6, 2014

the III. 
@GeekNStereo
Update: picked up the @ColorOfChange truck driver, he was released and he's unharmed! Not releasing his name for his protection. TY guys!
Nov. 6, 2014
Police had not released the driver's name by Thursday afternoon.

Nov. 6, 2014
The account posted this photo of the truck at the police impound lot. 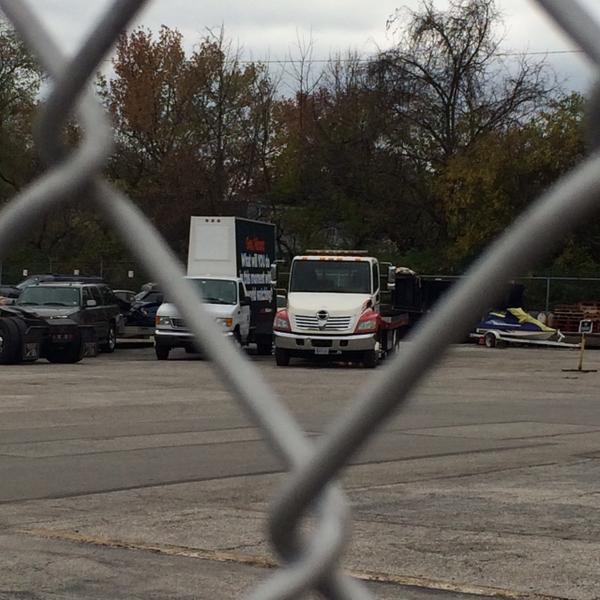 the III. 
@GeekNStereo
The @ColorOfChange "accountability truck" is back in NoCo, it's off Lindbergh near Target! http://t.co/tKdiNCUcvp 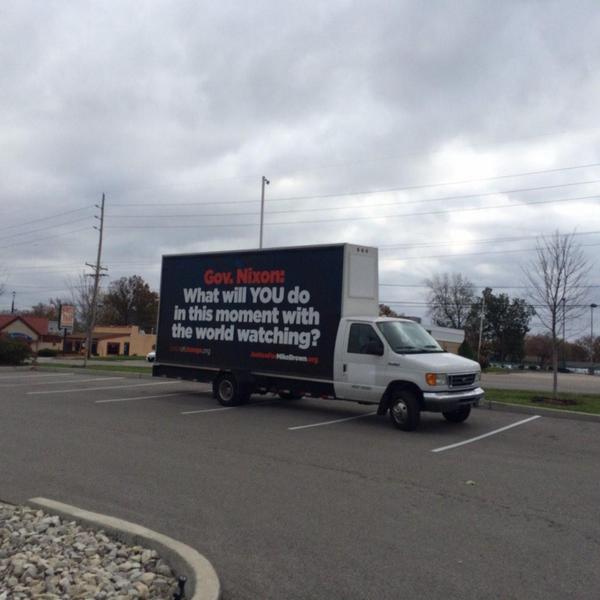